update, 2017: The book might be a couple years old, but it's still relevant. Nothing fundamental or outwardly major has changed in Go (the team has promised a stable API until the next major version). The big changes have been with the tooling, compiler and runtime as well as enhancing the standard library (like supporting HTTP/2). 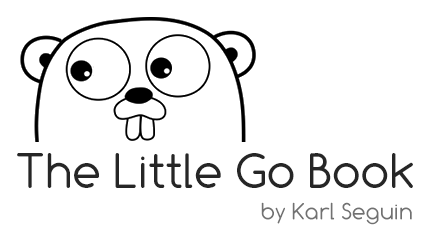 The Little Go Book is a free introduction to Google's Go programming language. It's aimed at developers who might not be quite comfortable with the idea of pointers and static typing. It's longer than the other Little books, but hopefully still captures that little feeling.

The source, in Markdown, is available on github.